We do not just point and shoot.  Our productions are a form of art that require a story and meaning.  It must come from a channel of originality and innovation.  Your video should express a message and call to action with professionalism and creativity.

The facility is equipped with an acoustically-treated studio space and three editing suites.  The studio promotes a unique work environment.  Staff is allowed to come and go while creating their own hours.  Shoots and in-studio editing sessions are the only required set hours. This creates a less stringent environment and helps creative ideas flow.

Cut ‘N’ Run studios was founded by Jordan McMillen in 2005.  CNR began in a small home office with the occasional intern help then grew to small production studio in 2007.  In 2015, Cut’N’ Run opened the doors to a new full production facility in Pittsburgh, Pennsylvania and now has three full-time employees.  We are a DBE certified business and provide video production, photography, and web across the world. 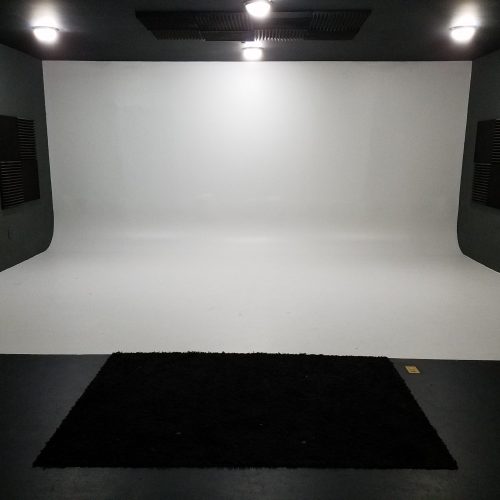 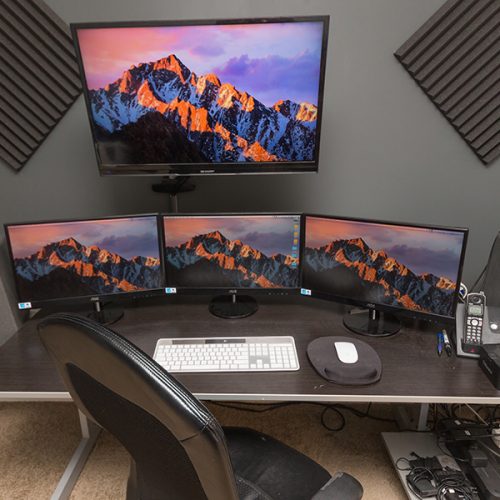 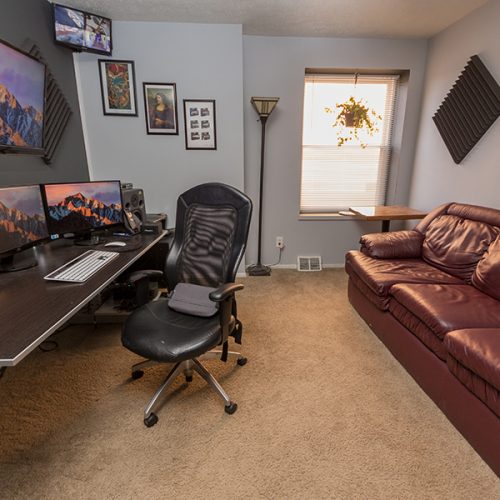 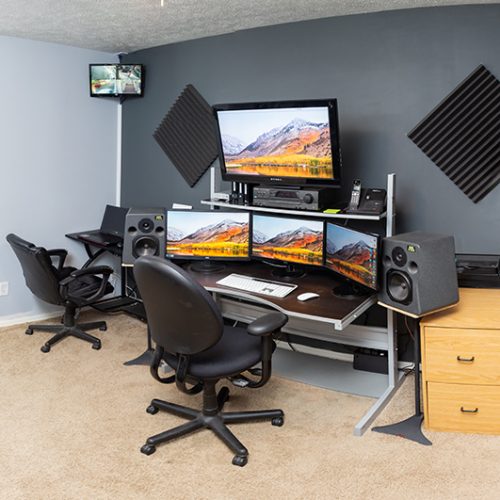 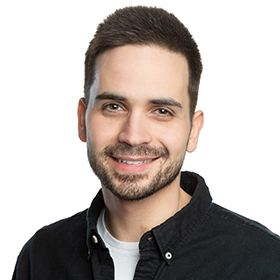 Jordan McMillen established Cut ‘N’ Run Studios in January of 2005. He began his career as a freelance videographer shooting weddings, mitzvahs, and music videos. In 2007, he opened the doors to a new 2,500-square-foot production facility in Pittsburgh’s South Hills. From there, he transformed a solo-operated video production company into a multi-personnel media company. As the company grew, it expanded to producing commercials, promotional pieces, documentaries, live-streamed events, training videos, and more. 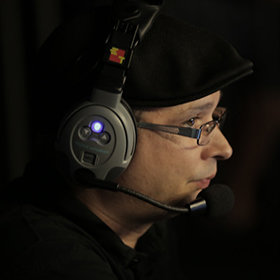 Jason Cioppa started at Cut‘N’Run Studios in 2007 and currently handles sales for the studio. He brings fifteen years of experience in professional photography services along with skill in the video production field. Jason also works full-time in Information Technology.  In 2015, Jason was awarded the Civic Recognition Award for his assistance in the Pittsburgh community. 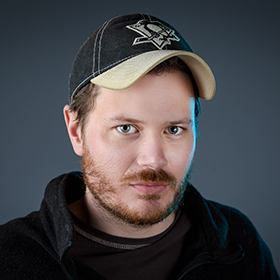 Justin Mackey graduated from Bethany College in 2007 with a Bachelor’s Degree in Communication: Electronic Media and a Minor in Writing and Language. He began at Cut ‘N’ Run as a Videographer and was promoted to Creative Director three years later.  In 2017, Churchill Pictures hired Justin as Director of Photography for the feature film, “The Unsung.”  Later that year, Justin produced, wrote, and directed the independent short film titled, “Significant Other.” 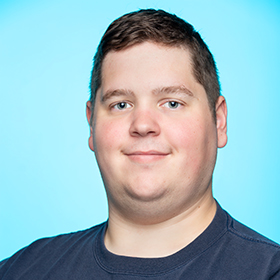 Evan Angus has always had a passion for multimedia arts. In high school, he studied Graphic Communications at Eastern Westmoreland Career and Technology Center. He then moved on to graduate from Pittsburgh Technical College in 2012 with an Associates Science Degree in Multimedia Technologies with specialized training in Videography. While attending Pittsburgh Technical Institute, Evan started an internship at Cut ‘N’ Run to learn more about the industry. In 2014, Evan was hired to a staff position. 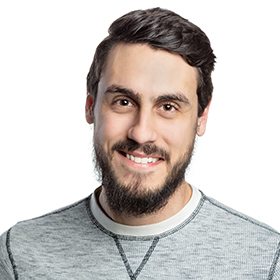 Alan completed his Bachelor of Arts degree in T.V. & Video Production and Photography Minor from Robert Morris University in 2014.  Shortly after graduation, he freelanced with a focus on internal training videos.  Alan advanced to lead photographer for Latitude 360 and provided services for celebrities such as Louie Anderson, Jim Florentine, and Scott Stapp.  After nearly a year of freelance work with CNR studios, Alan was promoted to a photographer position.

WHAT OUR CLIENTS SAY

I can’t thank Jordan and his team at Cut n Run Studios enough for all of the support and amazing work that they have done for the Pittsburgh Business Show. From the first interaction with them to final concept and design of my videos and commercials I am more than impressed with their professionalism and expertise in design, concept and production of all of my video projects.
Thank you!

Cut N’ Run made an awesome case study video for us. Professional quality and reasonable pricing. Very happy we chose Cut N’ Run for this project!

Jordan has been the consummate professional, and has creative and unique ideas that have helped our business. I find him to be fair and honest in all dealings. I would highly endorse Cut N’ Run.

These guys are great! Cut ‘N’ Run helped me create a marketing video for my clients website. They were so much more then just the “guys holding the cameras.” Cut ‘N’ Run worked hand and hand with me on making sure the right marketing message was being conveyed and the target audience was being spoken to. I will be using again and again!

Cut ‘N’ Run recently made us a few video’s for our company and did a great job! Very professional, easy to work with, responds quickly and the video quality is top notch! Highly recommended. Thanks from 422.

I’ve personally worked along side Cut ‘N’ Run Studios crew with my own crew at a few live events and it’s really an honor to work with a company who’s staff really knows their job and does it very well . The sky isn’t the limit when it comes to Cut ‘N’ Run Studios and their professional attitude as well as their professional approach and extensive knowledge of their equipment speaks volumes on the quality level within this company and the various services they have available. Highly recommended and keep up the great work everyone !

We wanted to find a Pittsburgh based creative studio that could stream sporting (MMA) events live, as well as create a HD quality product to be televised nationally on TUFF TV (43 million people). Cut N’ Run Studios stepped up and accepted the challenge. They went above and beyond exceeding our expectations from the start and gave us a remarkable nationally recognized brand within the MMA community. We’re looking forward to continuing our partnership/friendship with Cut N’ Run Studios for the rest of 2015. Highly recommended…Scott Betten w/ Epic Leap Entertainment-Gladiators of the Cage MMA

Director - Gladiators of the Cage

The Cut ‘N’ Run team were a tremendous asset for developing exposure for a new type of treadmill design. I had the crew film this unit at various locations and in house studio features. They were always very professional and delivered a great service. Their work help us attract one of the worlds largest fitness equipment manufacturers. I look forward to working with Jordan and Justin on future projects. Chip Kennedy Owner Incline Strider/Cleat Mill

I went to Cut N Run for a marketing video for my business, and the team delivered. I worked with them to have vide footage shot as well as video editing and they did an excellent job on the project. The final output was professional, high quality,and something that I’m proud of. The team was great to work with and I’d highly recommend them. I plan on using them again for my next project.

Composer
ALL YOUR QUESTIONS ANSWERED IN ONE PLACE

HOW MUCH DOES A PRODUCTION COST?

HOW AND WHEN DO I PAY?

IS THERE A CANCELLATION FEE?

The studio requires the payee of the production to sign a contract.

We provide all media captured to the individual on the contract.  No one else will receive the media unless specified by the contract signer.
The studio’s liability or refund is limited to amount of the production.

WHO OWNS THE COPYRIGHTS?

WHAT IS THE TURNAROUND TIME?

IS THE STUDIO INSURED?

WHO WILL BE HANDLING MY PROJECT?

HOW DO I BOOK A SERVICE?

IS THE STUDIO AVAILABLE TO RENT?

IS IN HOUSE EDITING AVAILABLE?